Take 15 miniatures and do the general preparation work filing off all the mould lines and flattening the bases.  Why 15 miniatures? Well that’s the batch size that gives 5 bases (3 figures per base).  It’s worth nothing that I’ll tag on the odd figure here, so I might add the disordered marker for the unit, (a dead infantryman), or maybe 4 Artillery personnel. 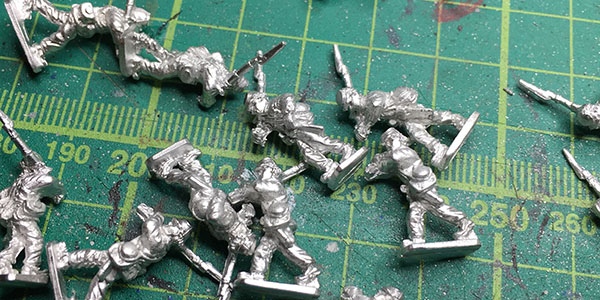 Then I glued them onto a wooden stick so I could hold them while painting.  A word of warning though … in the picture it shows 5 figures on each stick … this is too many.  I later used 2 figures on a stick half the size, (about 10cm / 4″). 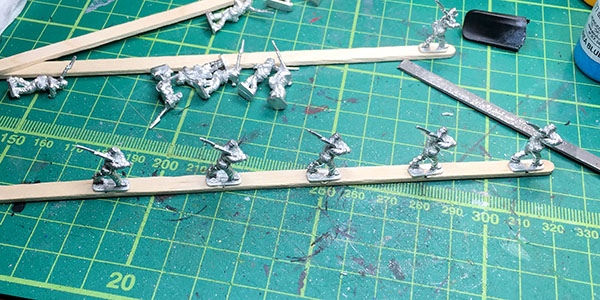 Finally they get an undercoat of Vallejo Surface Primer – Black.  Normally for 28mm figures I use a grey primer and only use Black (or White) if there is some specific benefit, e.g. I would use black as an undercoat if the figure was mostly armoured.  However, for smaller scale figures the black undercoat creates a natural shade such that if you miss a bit white /grey will stand out much more than black. 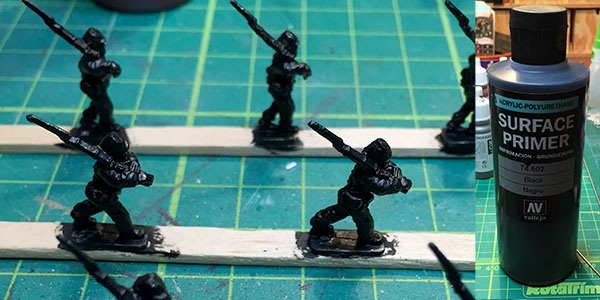 Day 2: The Base Coats

The Rifle gets a strong drybrush of Vallejo Oily Steel 177.  I do this first because some of the detail is so small it’s harder to paint on afterwards. 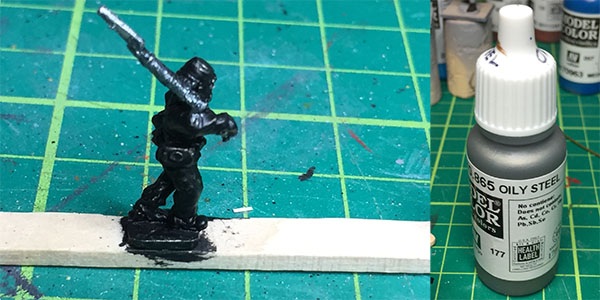 Next we put some Vallejo Andrea Blue 065 on the pants. 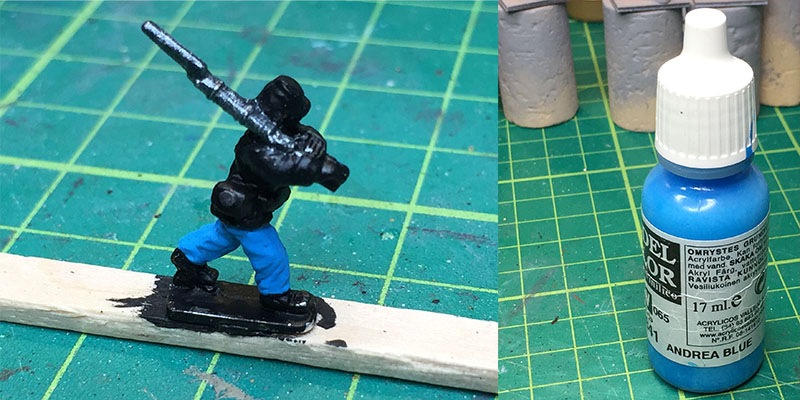 Finally its Vallejo Medium Fleshtone 021 for the skin and Vallejo Dark Prussian Blue 050 for the jacket. 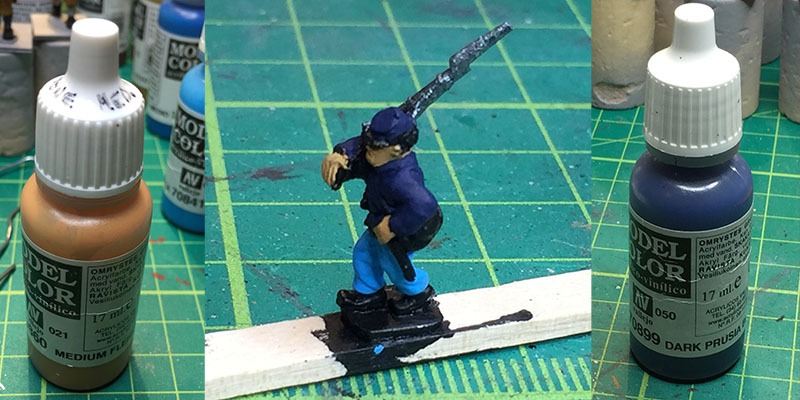 This entry was posted in Wargaming. Bookmark the permalink.